Female celebrities who slept their way to the top – Everyone is after their fifteen minutes of fame and sometimes, they will go to desperate measures to get it. The glitz and glamour of Hollywood drags people in towards its shiny lights, promising that they too can be a big star.  Who wouldn’t want the money, notoriety and luxurious lifestyle?

Some are willing to give up just about anything to have a slice of the action. For every person who wants to be famous, there are thousands more right behind them. So the best way to break a deal is to really stand out from the crowd.

For those who are naturally talented, this isn’t such a hard problem. However, for those who aren’t so gifted. they will need to either make a big splash in the publicity pool or find other ways to advance themselves. When it comes to these next ten big stars, whether it’s an enemy selling out their secrets, or they have confessed to the act – they have all been named as someone who slept their way to the top.

Lana Del Rey is best known for her sultry appeal and bright red lips but she also gave herself a name as the woman who slept her way through the industry in 2014. Her second album, Ultraviolence,features a track called “F***ed My Way Up To The Top” and when she was questioned by press about the lyrics, she admitted it was a “commentary” on her own life. Desperate to hit the big time as a singer, she slept with a lot of big names in the industry in hope that they would cut her a record deal. Sadly, that wasn’t the case. She told Complex magazine, “You know, I have slept with a lot of guys in the industry, but none of them helped me get my record deals. Which is annoying”. Well, it didn’t work out initially for the “Summertime Sadness” singer then but her, um, hard work eventually paid off. Her debut album Born To Die was the fifth best selling album of 2012 in the U.S.

Poison singer Rita Ora supposedly slept with “20 dudes” in a bid to kick start her career, according to her one-time boyfriend, Rob Kardashian. When the pair broke up in 2012, Rob went on a crazed Twitter rant all about how he had been cheated on just so his girlfriend could boost her own career. He tweeted: “She cheated on me with nearly 20 dudes while we were together. I wonder how many she will sleep with now we’re apart?” Then in a separate tweet: “I’m actually disgusted a woman could give up her body to more than 20 dudes in less than a year’s time trying to start a career”. It was his older sister, Khloe Kardashian, who managed to calm him down when she tweeted: “Rob, be nice kid”. The undignified messages were soon taken down and replaced with a less scandalous rant where he preached “loyalty” and “self-respect”. Ora since went on to have a relationship with Calvin Harris for a year and has now landed a judge’s seat on the UK’s X Factor.

When Kendra Wilkinson went on the UK reality gameshow I’m A Celebrity…Get Me Out Of Here,she revealed what life was really like living in the Playboy Mansion. Kendra first went into the mansion when she was just 18-years-old, after Hugh Hefner took a liking to her when she posed as a naked, painted lady at one of his parties. She told a fellow contestant on the show, British presenter Melanie Sykes, that, “He asked me to be one of his girlfriends and I was like I don’t know what that means but hell yeah I’m there. I was living in the smallest apartment and I was praying for anything to get me out of there”. She then revealed that she did have sex with Hefner although none of the girls were obliged too. Since she lived as one of his “girlfriends” full-time, she has had two reality television shows, Girls Next Door and Kendra On Top. Her net worth is currently at an estimated $6 million. Not bad for a girl who just showed up to a party wearing body paint.

Actress Karrine Steffans prides herself so much on being a “video vixen” (someone who has appeared in multiple music videos by famous rappers) that she even wrote her own book titled Confessions of a Video Vixen. Model Tyra Banks turned her nose up at the book, which details all the famous men that Steffans has slipped into bed with over the years. How did Steffans then retaliate to this kind of snobbery? She hit right back with the cold, hard truth. In an interview with Aalbc.com, Steffans said, “There are people like Tyra who are hypocrites. Women especially, who have slept their way through their whole careers. And it’s not a secret within the Hollywood circle”. Ouch. Then, to throw even more dirt at Tyra, she continued, “Now she has her own talk show where she’s well-groomed, all made up, and has on a $5,000 wig. Don’t get me wrong, Tyra’s done well for herself. You have to applaud her for all that she’s achieved, coming from that model world, and expanding, which is wonderful. But let’s not pretend that you haven’t done some of the people and things that I’ve done”. Something tells us that the feud between these two has just got a whole lot worse.

When Lil’ Kim first started out, she gave herself a much needed career boost by climbing into bed with Notorious BIG. The only problem was his then-wife, Faith Evans, caught them both in the act. In 2012, Evans went onto the The Wendy Williams Show and spoke about how she caught her husband and the “Lighters Up” singer right in the act. She counts that moment as the one that ended her marriage in 1997. To make matters worse, Evans spoke to Lil’ Kim at a party and tried to congratulate her on competing in the Dancing With The Stars competition but the only reply she got was, “Who is that?”. Lil’ Kim went on to become a Grammy award winner but things took a wrong turn, when in 2005, she was thrown in jail for a year. She had been caught lying to a federal grand jury whilst trying to protect friends who were involved in a shooting outside Manhattan radio station four years previous. It’s a good thing sleeping with someone’s husband and throwing shade isn’t a criminal offense because Lil’ Kim is guilty of both.

Farrah Abraham is one of the more successful breakout stars from the 16 and Pregnant series and there’s a reason for it. After she was featured on the show, she next moved onto their spin-off series, Teen Mom, but she had her sights set on even bigger stardom. In 2013, there were big rumours online that a sex tape existed and she was the star.
In the beginning, Farrah tried to deny that the leak had come from her but then backtracked and admitted that she had hired adult star, James Deen, to make the tape with her which was titled Farrah Superstar: Backdoor Teen Mom. She landed $1.5 million from Vivid Entertainment to secure the rights. Overnight, she became a worldwide topic of conversation and landed her own show, Being Farrah. She was also paid $500,000 by Palazio’s Gentleman’s Club in Austin, Texas to star in their shows for the year of 2014. Currently, she stars as a main cast member of Teen Mom OG.

At just 16-years-old, Courtney Stodden married 50-year-old actor Doug Hutchison and shocked the world with their relationship. The pair clearly had a mutual agreement; he would help her become the famous model that she wanted to be and in return, Hutchison got a young, stunning wife. Courtney’s first taste of fame was enhancing her tiny body with a breast augmentation after she went from a C-cup to a DD-cup. Hutchison is Courtney’s manager and he has landed her jobs on the UK’s Celebrity Big Brother, a one-off episode of Couple’s Therapy and, to no one’s surprise, her own sex tape. In the tape, Courtney can be seen talking to the camera enjoying herself solo. She cut a deal with Vivid Entertainment for the tape and said that she would be donating all proceeds to charity. She has also released three singles but chances are you haven’t heard any. The couple are hoping to renew their vows this year just to prove they are still news-worthy – sorry, we meant “to prove that they still love each other.”

There a few options you have after your sex tape leaks. You can either pretend it’s not you, take whoever leaked the tape to court or make it official and reap the benefits of overnight fame and fortune. The third option was what Kim Kardashian chose to do and she became an international superstar, a reality television star that everyone loves to hate. It’s no big secret how Kim got her big break in the game. Just like Paris Hilton before her, both their sex tapes took them from nobodies to somebodies overnight. Intimate moments with her ex-boyfriend Ray J were snapped up by Vivid entertainment and they bought the rights for an estimated $1 million. The Keeping Up With The Kardashians star currently has a net worth of an estimated $85 million – so things didn’t work out too badly at all. 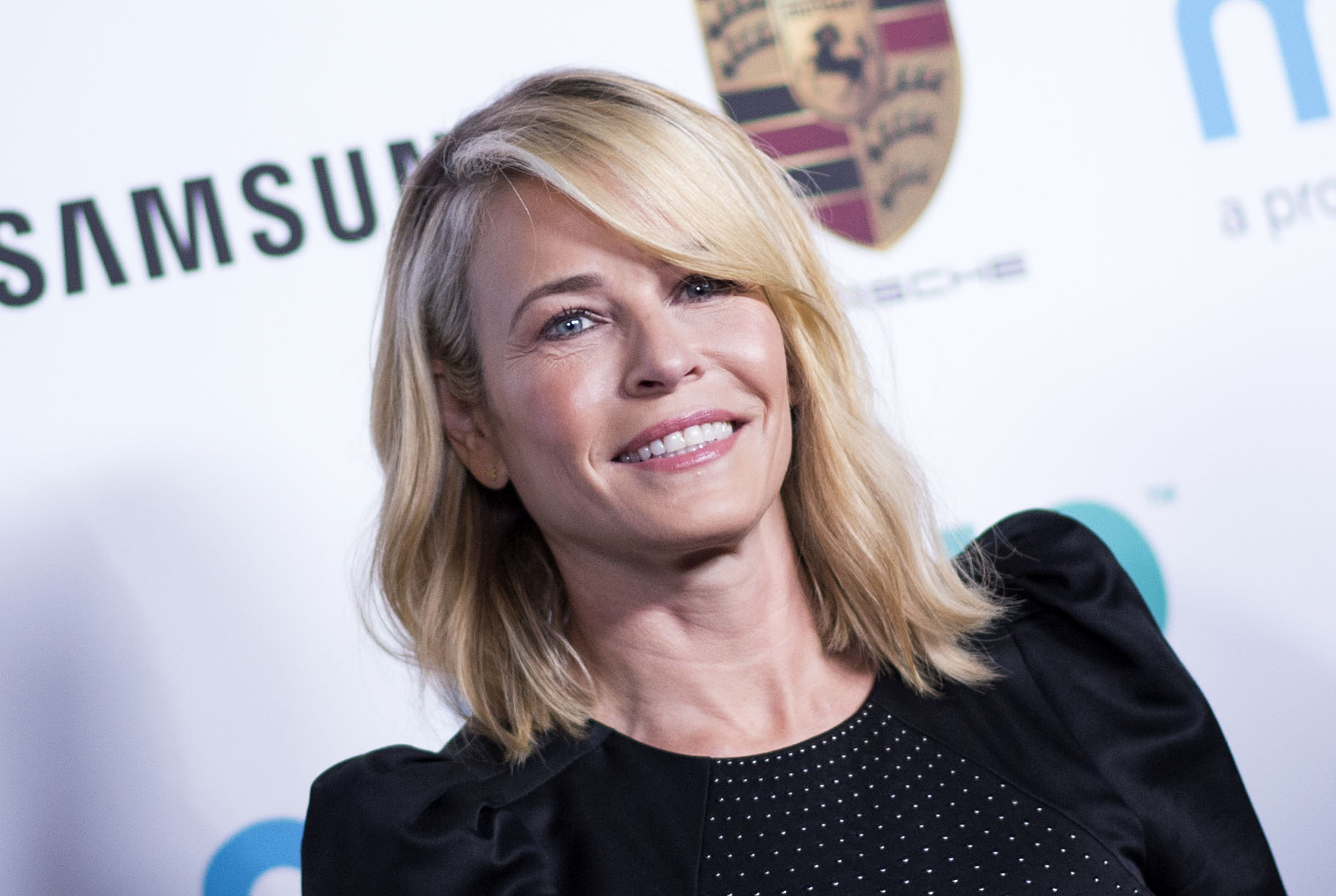 Before she passed, Joan Rivers was the type of woman who would say whatever she wanted, and if you got in her way, then her comedy claws would be out. Unfortunately for funny woman Chelsea Handler, she was one of the many victims. On Howard Stern‘s radio show, Joan was asked about Chelsea Handler’s career to which she replied, “The girl made it on her back f***ing the president [of E!]”. Just to take it that one step further, she also labelled Handler a “wh**e” and a “drunk”. Handler’s response to the comments was simply, “What the f*** do I care about Joan Rivers?” Handler was dating the CEO of E! Entertainment Television, Ted Harbert, between 2006 and 2010. She landed her own show Chelsea Lately during this time. She told Marie Claire magazine the reason behind her split with Harbert was because the pair struggled to separate work from pleasure. She said, “I would come home from work, and Ted would be like, ‘Do you want to watch your show?’ and I’d be like, ‘No, I just came from my show. That’s the last thing I’d want to do. That was the reason it didn’t work out, ultimately”. Well, if nothing else, at least she got a career boost.

There is such a thing in Hollywood known as the “Harvey Weinstein Club”. Weinsten is a powerful executive producer and co-founder of Miramax who uses his position to promote young women and land them lead roles in films but apparently it’s all in exchange for something quite sinister. It’s no big secret in certain circles that ever since Gwyneth Paltrow landed the lead role in Shakespeare In Love, she was being groomed by Weinstein for success. The role won her an Oscar in 1998 and she had secured her place within the A-List circles. Earlier this year, this scandalous Hollywood secret started to come to light. Weinstein was questioned by the NYPD over an accusation that he sexually assaulted a 22-year-old model. Then word began to spread that if the case is taken to court, other previous starlets who were too once “Harvey’s Girls” may have to testify. If the rumors are to believed, Paltrow wasn’t the only one being groomed for the limelight.

Signs You Are Dating A Married Man