Elizabeth II was Queen of the United Kingdom from 6 February 1952 until her death on 8 September 2022. Her reign of 70 years and 214 days was the longest of any British monarch and the second-longest recorded of any monarch of a sovereign country Here We Break Down 18 Things She Owns that You dont Know About

1. All The Dolphins In the UK 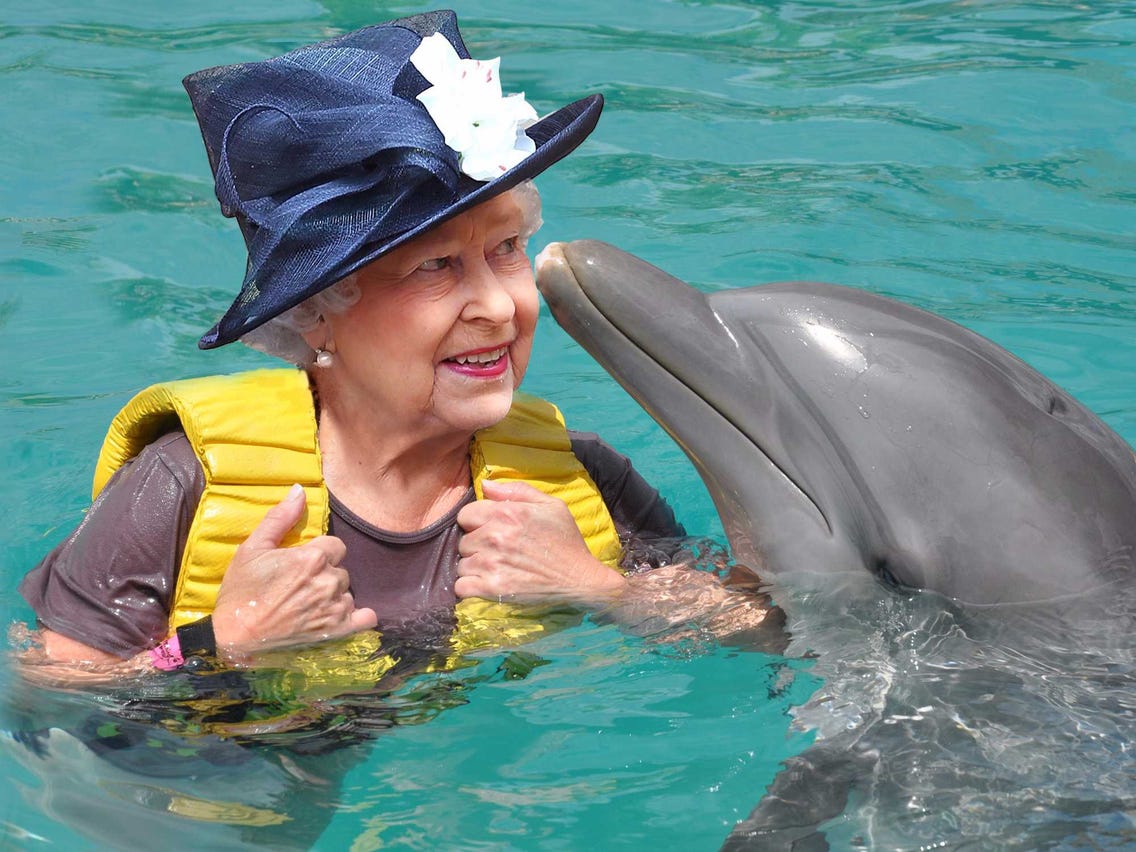 The Queen technically owns all whales, dolphins and porpoises which are within three miles of the shores of the UK. The monarch’s ownership of these majestic creatures stems back to the 14th Century. King Edward II issued a statute in 1324, which read: “The king shall have wreck of the sea throughout the realm, whales and sturgeons taken in the sea or elsewhere within the realm, except in certain places privileged by the king.”

2. The Best Seat At Wimbledon

The Queen despite attending the prestigious tennis tournament four times, and all have been official visits. She is entitled to The Best seat in the arena Her Majesty has a well-known passion for horse racing, and has attended Royal Ascot almost every year for decades. She barely likes the sport.

3. The tower Of London

The Tower of London is owned by The Crown Estate, which belongs to Queen Elizabeth II in ‘the right of the Crown’ by virtue of being the reigning monarch. It is not the private property of the crown, and therefore cannot be sold.

As well as owning much of Regent Street, Trafalgar Square—home to Nelson’s Column and the British National Gallery—is also owned by the Crown. The site now occupied by one of London’s most famous landmarks was originally the location of the royal stables and falconry mews.

In addition to priceless works of art that The Queen owns, The Royal Collection also features many personal artifacts from kings and queens past. Among the most impressive: Queen Victoria’s sketchbook. (Elizabeth is Queen Victoria’s great-great-granddaughter.)
NEXT