Birthday gifts have continued to roll in for Erica Nlewedin as fans of reality TV star known as Elites bought her stocks from Tesla, Amazon, Disney and other international companies worth $10,000 (N3.8m).

They also gifted her an all-expense-paid trip to Kenya and a tricycle in celebration of her 27th birthday. 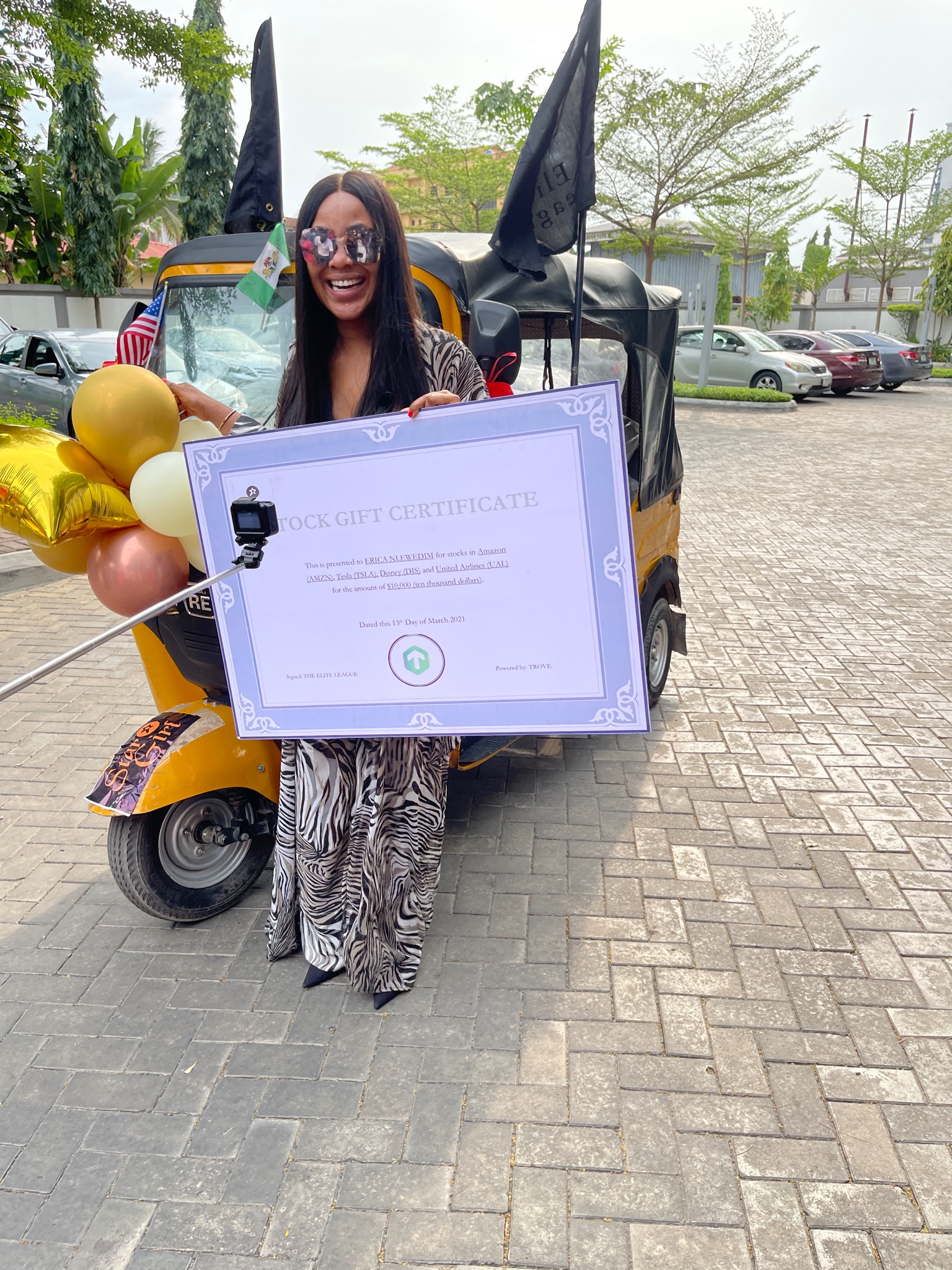 Making the announcement on Twitter, one of her foremost fans, @ProfNode posted that the actress is an asset to them, as they are fondly called and the gift was an expression of their love for her.

As a monetary expression of our love to Erica Nlewedim, her supporters gifted her stocks in Amazon, Tesla, Disney and United Airlines, worth Ten Thousand US Dollars. She’s an asset to us.

Watch a video of the gift presentation below;

BBNaija 2021: Ebuka Named Host For Fifth Year In A Row