Lautaro Martinez hit a perfect hat-trick and Romelu Lukaku sparkled as Inter defeated Crotone 6-2 at San Siro to turn up the heat on Milan at the start of 2021. 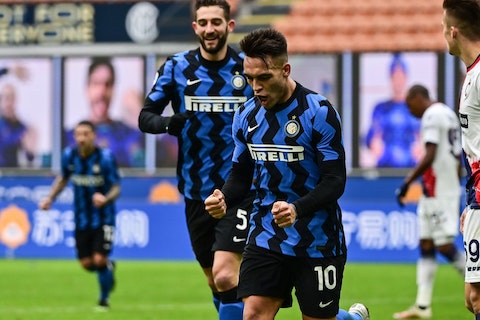 Inter moved top of Serie A at least until Milan’s meeting with Benevento later on Sunday as they recovered from a testing first half to ease past their struggling visitors.

It was all square at the break after Martinez cancelled out Niccolo Zanellato’s opener and was in close attendance for a Luca Marrone own goal prior to Vladimir Golemic’s equalising penalty.

But Martinez completed his treble following the interval, while Lukaku, involved in the first four Nerazzurri goals, was also on target and Achraf Hakimi swept in the sixth in a fifth straight win.

Only an apparent injury to the outstanding Lukaku put a slight dampener on a day that had started in laboured fashion.