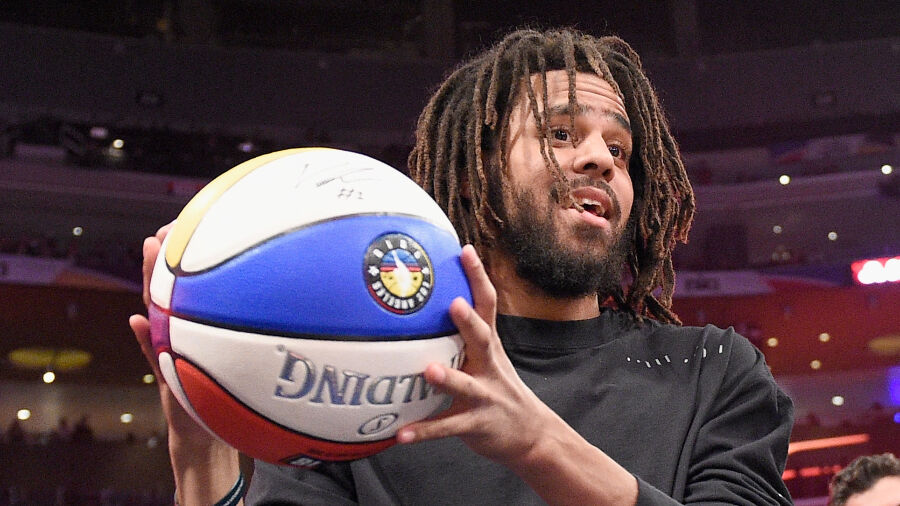 J. Cole made his professional basketball debut on Sunday (May 16) when he appeared in the Basketball Africa League for the Patriots Basketball Club in Rwanda.

The North Carolina native, whose real name is Jermaine Cole, registered three points, three rebounds, and two assists in nearly 18 minutes of action as the Patriots took on the Rivers Hoopers Basketball Club.

Cole scored his first points on a putback layup in the first quarter and nailed a technical free throw in the second quarter. The 36-year-old rapper, however, missed both of his field-goal attempts in the second half.

As fans know, Cole has long had aspirations of becoming a professional basketball player. In addition to being a standout hooper in high school, he also briefly played for St. John University’s basketball team as a walk-on.