Obasanjo believes Buhari has corrupted the EFCC and ICPC by tampering with their operations. 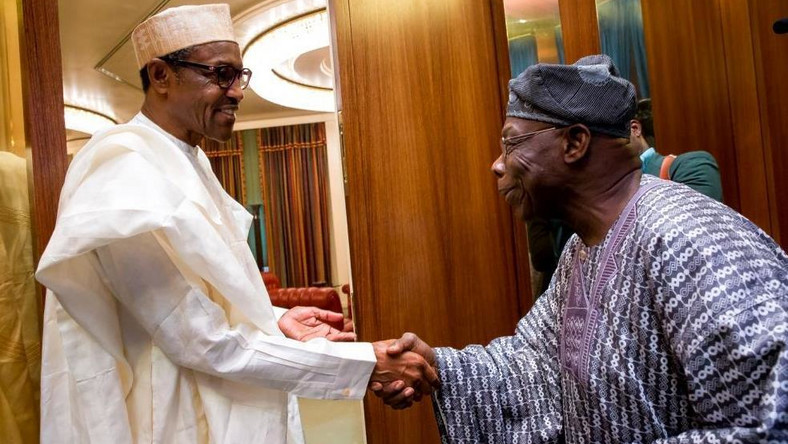 Former president, Olusegun Obasanjo, has accused current president, Muhammadu Buhari, of corrupting the nation’s anti-corruption agencies for his political interests.
When he was first elected president in 2015, Buhari was vocal about ridding the nation of corruption, but has been accused, several times, of only using the anti-corruption campaign to target his political opponents, while shielding his allies.

In an exclusive interview with Premium Times, Obasanjo said the Economic and Financial Crimes Commission (EFCC) and the Independent Corrupt Practices Commission (ICPC) are no longer independent, as designed, under Buhari.

He said, “I set up two institutions. I came with two laws that were not there before, to fight corruption.

“And those who claim they are fighting corruption today have not brought in anything different. If anything, they have corrupted those two institutions. And the institutions were open and independent.

“I never, never, as president had to say to either the head of ICPC or EFCC, ‘Oh, chase this person.'”

Obasanjo, 82, also warned that Nigeria is being driven towards “disaster and instability and unsustainability” under the current government, as he questioned the pace of the nation’s growth under the former military dictator.

Obasanjo, a former military dictator himself, said there is no confidence in the Nigerian economy anymore because the gains of the past have been squandered through inefficient policies.

The former president has publicly clashed with Buhari several times since January 2018, and backed his former vice president, Atiku Abubakar, against the president in the 2019 presidential election.

However, Buhari, 76, won the election in February and was sworn in for a second term on May 29.

“Anybody” is A Personal Letter From Burna Boy