The template, published on its website on Thursday night, was deleted on Friday morning amid the outrage over the increase. 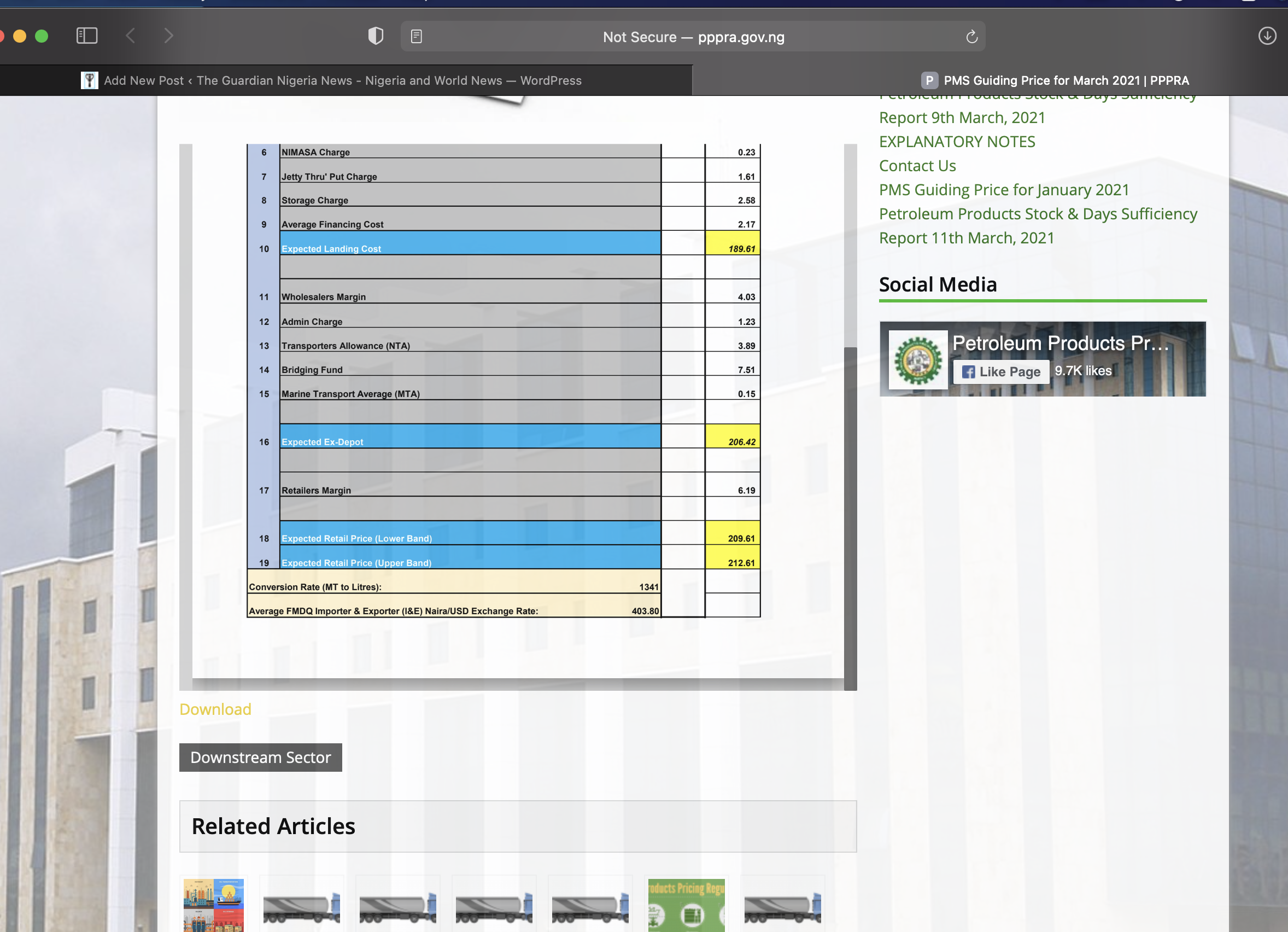 The now-deleted template showed an increase in the pump price of petrol from N186 to N212 per litre.

Although it is unclear why the post was taken down by the regulatory body, the initial announcement has sparked outcry from many Nigerians nationwide.

On its part, Nigerian National Petroleum Corporation (NNPC) took to Twitter to insist that fuel price would not be going up as it earlier stated in a February 28 statement.

NNPC in its latest statement this morning re-emphasised its February 28 statement that assured Nigerians that there would be no increase in fuel price.

The commission through its spokesman, Kennie Obateru, said;

Contrary to speculations of an imminent increase in the price of PMS in the country, the NNPC has ruled out any increment in the ex-depot price of petrol in March.

The agency promised that petrol price would remain static this month to allow smooth negotiations between the government and labour unions.

However, PPPRA’s now-deleted template follows the increasing price of crude at the international market as well as instability in exchange rate.

It is unclear whether the template was deleted due to outcry from many Nigerians especially business owners that rely on generating sets and transportation sector.

As the time of filing this report, the move to take down the post was yet to be clarified by officials.