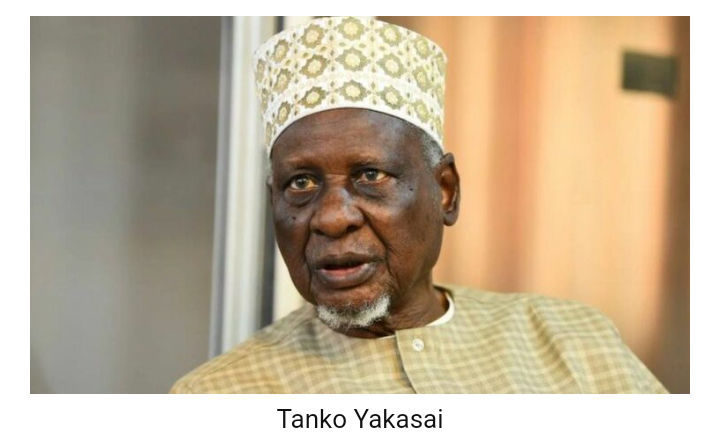 The presidency on Wednesday advised Nigerians not to take elder statesman, Tanko Yakasai, seriously on his claim questioning the loyalty of President Muhammadu Buhari to the presidential candidate of the All Progressives Congress, APC, Asiwaju Bola Tinubu.

The Kano State politician allegedly made the remark in a recent television appearance, according to a statement from the Presidency released by Mallam Garba Shehu, the Senior Special Assistant to the President on Media and Publicity.

Yakasai, who is not a member of the ruling party, could not have spoken for the APC, claims the statement. According to Vanguard.

It stated that Buhari will attend some of Tinubu’s campaign rallies if work permits and that his support for Tinubu is unwavering.

Alhaji Tanko Yakasai is unknown to the All Progressives Congress, according to the statement. Everyone is free to hold their own opinions, but we do know that the man’s recent interview revealed some knowledge that was not shared by the President’s administration or the party. Even while it’s difficult to discern what benefit his support for Asiwaju Bola Ahmed Tinubu will bring, it is nonetheless appreciated.

He is correct to emphasize that his leadership in government and capacity to bridge gaps are key preconditions for holding the highest office.

“However, Yakasai’s doubting of President Muhammadu Buhari’s allegiances contrasts sharply with the President’s deeds. He just attended a rally in Bauchi on Monday to endorse the party’s flag bearer. He is slated to make other appearances at political gatherings in the upcoming weeks, pending his presidential obligations. According to Daily trust.

“There is no doubt about his support for Asiwaju Bola Tinubu, the party’s nominee.

“Yakasai’s foolish remark on the matter would have been disregarded as a misquotation if this hadn’t been shown on television. However, he was broadcast live on television.

Nobody should take President Buhari seriously on this charge, he said.

“Perhaps the old man needs a little assistance because times are tough.”

Aviation Workers Strike Against The Law, It Won’t Happen Again