Paris Saint-Germain failed to get off to a winning start under Mauricio Pochettino as they were held to a 1-1 draw by Saint-Etienne in Ligue 1. 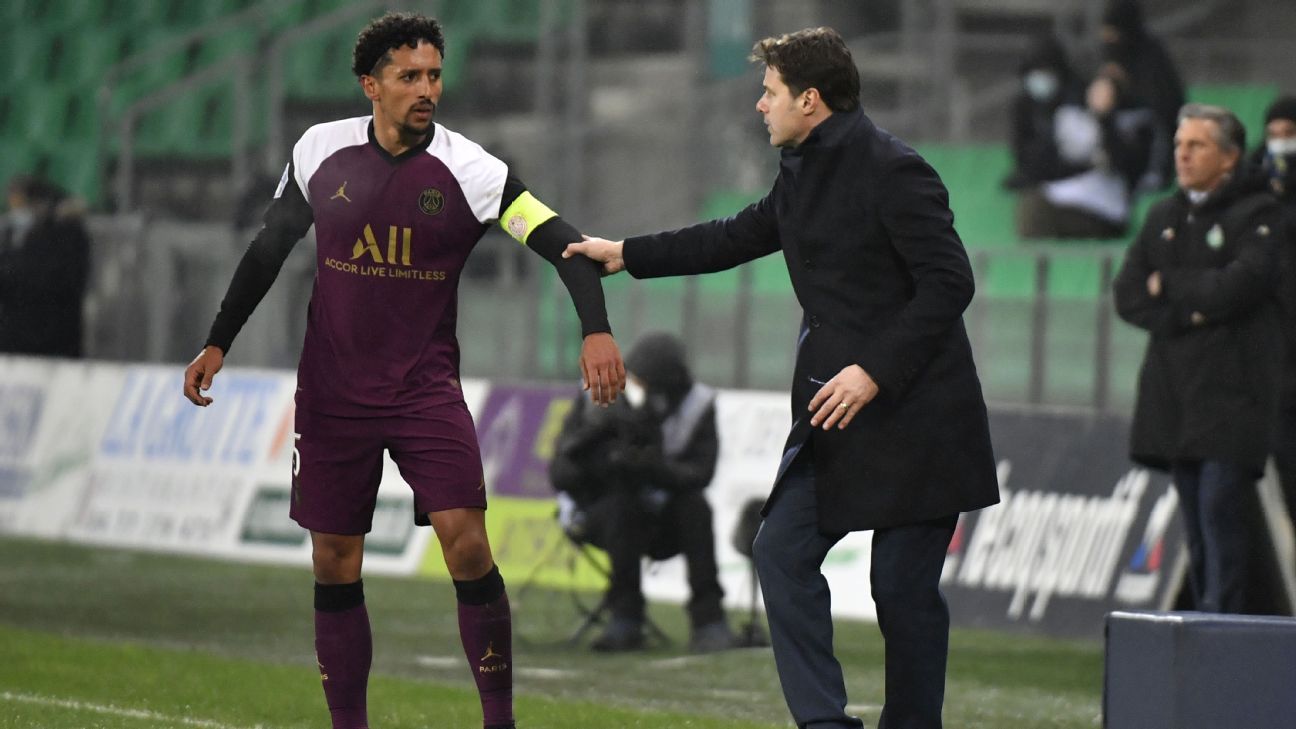 Thomas Tuchel oversaw a 4-0 defeat of Strasbourg in PSG’s final game of 2020, although it was not enough for the German to keep his job as the defending champions sat third.

And Pochettino was unable to mastermind a victory to kickstart his reign as a rather lethargic PSG struggled to build on Moise Kean’s 22nd-minute equaliser.

That goal cancelled out Romain Hamouma’s opener, but PSG were ultimately fortunate Saint-Etienne did not snatch a first win over the capital club since 2012, their point enough to move second but three points behind Lyon.

Both goalkeepers were called into action inside the opening 10 minutes as Keylor Navas denied Harold Moukoudi at one end before Moise Kean tested Jessy Moulin at the other.

Yet Pochettino’s tenure had its first setback 19 minutes in when PSG played themselves into trouble, Idrissa Gueye’s slip pounced on by Denis Bouanga, with Hamouma supplying a neat finish over Navas.

PSG hit back inside three minutes, however, as Marco Verratti played in Kean to slam in the first goal of the Pochettino era on the turn.

Mathieu Debuchy’s low strike forced Navas into a smart stop before half-time, and PSG’s goalkeeper came to their rescue again in the second period, blocking Bouanga’s path to goal.

Navas was beaten with 20 minutes remaining, but the crossbar kept out Bouanga’s header.

Kean snatched at a good chance as PSG sparked back into life, yet Angel Di Maria’s low strike – well saved by Moulin – was the only shot on target the visitors managed in the second half as Pochettino was forced to settle for a point.