Lagos State Governor, Babajide Sanwo-Olu, has sworn in a seven-man Judicial Panel of Enquiry and Restitution to investigate cases of police brutality and human rights violations committed by operatives of the dissolved Special Anti-Robbery Squad (SARS) in the State.

The panel, which is being headed by retired Justice Doris Okuwobi, will sit for six months and is mandated to thoroughly investigate all verifiable claims of abuses and fatalities arising from SARS engagement with the objective to bring erring officers to justice and get compensation for the victims.

The swearing-in comes a few days after the governor last Thursday set up the judicial panel to investigate cases of brutality and human rights violations by the dissolved unit.

The move is part of the steps being taken by the Lagos Government to address the five-point demands of the youths demonstrating against SARS brutality.

Immediate release of all arrested protesters in Nigeria.

Justice for all deceased victims of police brutality and appropriate compensation for their families.

Setting up an independent body to oversee the investigation & prosecution of all reports of police misconduct (within 10 days).

In line with the new Police Act, Psychological evaluation & retraining (to be confirmed by an independent body) of all disbanded SARS officers before they are redeployed.

Increase Police Salary so they are adequately compensated for protecting lives and properties for citizens.

Sanwo-Olu made the announcement of setting up a judicial panel during a live address held at the State House, Marina last week.

Human Rights Commission and protesting youths are also expected to nominate two representatives before the panel commences sitting next week.

Governor Sanwo-Olu has also set aside N200 million Trust Fund for the compensation of victims and families of those who died in the course of SARS’ activities.

The developments, Sanwo-Olu said, were part of the agreements reached at the Thursday meeting of the National Economic Council (NEC) presided over by the Vice President, Prof. Yemi Osinbajo, and which had all Governors in attendance.

I attended a National Economic Council Sub-Committee Meeting in which the major focus was the ongoing EndSARS protests and the necessary steps to take to assuage the feelings of the protesters. In line with the five-point demands of the protesters, we unanimously decided to inaugurate a panel of investigation into human rights abuses.

A seven-member Judicial Panel of Enquiry and Restitution for victims of SARS-related abuses in Lagos State is now being constituted. This panel will ensure that all those with verifiable cases of SARS brutality or fatality get justice and receive compensation. The panel will be chaired by retired Justice Doris Okuwobi.

The State Government, Sanwo-Olu said, has set up a help desk for the public complaints and petitions to the panel, stating;

See some photos of the panel below; 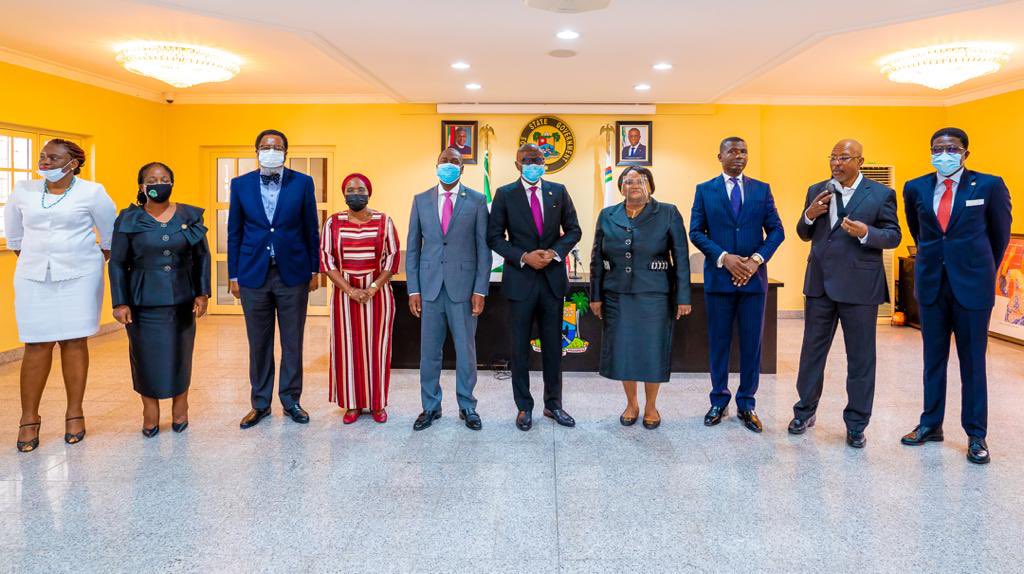